Officially known as Jersey Shore Community Center Project, QSpot has been a 501(c) 3 tax-exempt non-profit organization since July 1, 2005.  Joe D’Andrea, an Asbury Park resident, along with MaryAnn Vitiello, James Nappi, Brent Pawlecki and others, established the organization with the goal of opening an LGBT community center where services for residents could be provided. Tragically, within six months of its founding, Joe D’Andrea suddenly died.

Between 2007-2013, the Board of Trustees stayed true to the founders vision, using an all-volunteer, grass roots, community-based model, QSpot began offering programming to support the LGBT community through a series of outreach initiatives.

In 2013, QSpot opened its first LGBT community center in Ocean Grove, NJ, later moving into an larger space in 2015.   In 2020, QSpot began renovating and expanding into its own stand alone facility in Asbury Park.

About Joe D’Andrea – From GayAsburyPark.com…

About MaryAnn Buchanan, Board Chair Emeritus 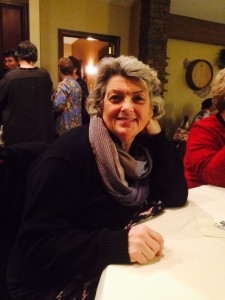 years as QSpot’s Board Chair, on June 1, 2015, Mary Ann Buchanan was named Board Chair Emeritus.  During Mary Ann’s tenure from 2007-2015,  Mary Ann was responsible for some of QSpot’s most significant milestones, including the opening of our first community center in 2013, later expanding into an even larger facility,  thus becoming one of New Jersey’s largest safe spaces for the LGBT community.  As Board Chair, MaryAnn supported the creation of the QSpot Marching Band – the only one in NJ,  along with GLOW – Gays, Lesbians, Older and Wiser, a social group for LGBT older adults.   Mary Ann created and produced the QSpot Jubilee Pride Dance, a yearly celebration attended by 100’s over many years.